Colonial Pipeline is back up, but petrol shortages could linger

As Colonial Pipeline resumes deliveries, the US faces a new roadblock: a shortage of truck drivers to transport petrol to stations.

Drivers encountering fuel shortages in parts of the U.S. East and South may find it takes weeks before …

Gasoline Pinch to Grind on for Weeks Due to Truck Shortage

£8.5m of cocaine found in lorry at Harwich Port

A lorry driver has been arrested

Cocaine worth £8.5 million has been found in a lorry at Harwich Port.

A lorry driver from Poland has been charged after 107 kilos of the drug were found in a trailer earlier this week.

Lucas Wesolowski, who’s 28, will appear in court next month.

He was arrested after the class A drugs were found in the trailer of an HGV which had arrived on a ferry from the Hook of Holland on Wednesday (12 May).

The NCA began an investigation after border officers found the cocaine in taped packages, which had been placed in sacks on top of a load of washing machines and tumble dryers.

After being questioned Wesolowski was charged with attempting to import a class A drug, and following an appearance at Colchester Magistrates on Thursday (13 May) he was remanded in custody until his next appearance at Ipswich Crown Court on 10 June.

“This was a large amount of cocaine, which would have been worth around £8.5 million if cut and sold on the streets of the UK.

“Losing it will be a big blow for the criminal network likely to be behind this attempted importation – profits which they will not be able to invest in other criminality.

“Working with law enforcement partners like Border Force, we are determined to disrupt the organised crime groups involved in drug supply and protect the public.”

Greyhound Canada closure will be a ‘disaster’ for rural communities, experts say

© THE CANADIAN PRESS/Adrian Wyld A Greyhound bus is driven out of the bus terminal in Ottawa Thursday May 7, 2020 in Ottawa. Greyhound announced it would be shutting down completely due to a precipitous drop in passengers caused by the pandemic.
Sever…

Has the UK really broken the EU trade deal in Jersey? 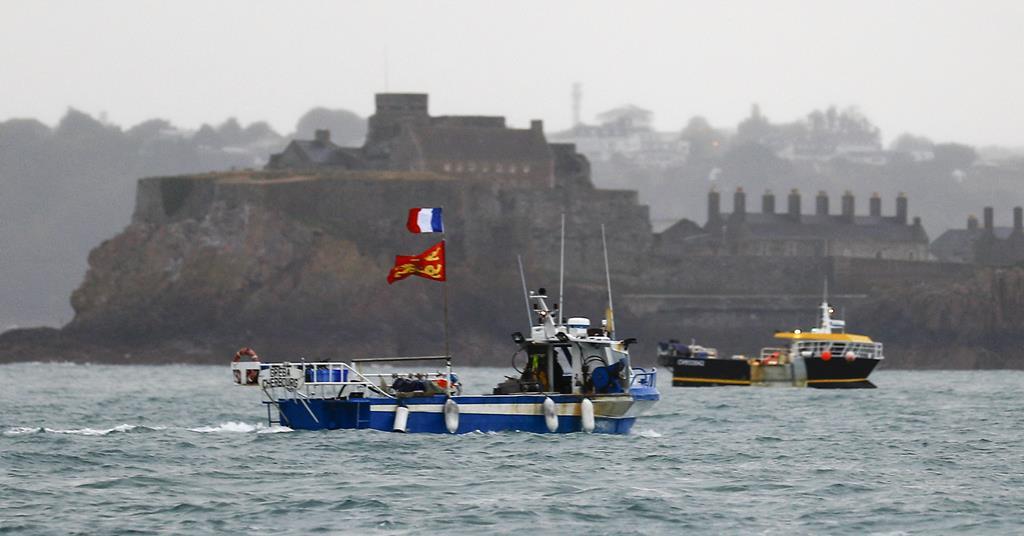 The Royal Navy ships may be back at base, but Jersey’s fishing row is far from over. Last week’s ‘war of the whelks’ – caused by Jersey’s decision to limit the access of French vessels in the island’s waters – evoked a volatile response from France and instigated blockaded ports and threats to the island’s power. Jersey’s fishermen called it “close to an act of war”.

Tensions were eased this week by Jersey’s decision to postpone its new licensing rules until July, but the issue will not subside. Former EU negotiator Michel Barnier accused the UK government this week of behaving like “buccaneers” by failing to honour the UK-EU trade deal.

“We must clearly tell the British it cannot work like this otherwise there will be serious consequences on the deal in general,” he told the France 5 network. The accusations are strong yet, so far, the supporting evidence is scant. So has the deal been breached? And what’s really going on in Jersey?

Jersey may seem an unlikely location for battleships and blockades. Fish stocks in the North Sea and off Scotland are economically more significant.

France’s minister of the sea, Annick Girardin, insists the small Channel Island matters because the UK government is using red tape to limit French fishing vessels. “If we accept it in Jersey, it is dangerous for our access everywhere,” she told the French Assembly.

Like Barnier, Girardin has sought to link the row over Jersey’s fishing access to broader post-Brexit tensions with the UK. When it comes to fishing, however, Jersey and the UK are really rather different.

For centuries, Jersey’s fishing rights have been determined by bilateral deals with France, separate to UK control and the EU’s common fisheries policy. Fishermen on the water today have only ever known the Granville Bay Agreement, a deal first signed in 1839 and of significant benefit to French fleets.

Under the agreement, French vessels received 75% of all licences for Jersey waters in 2019 – 364 licences, compared with 127 for Jersey boats. It also enabled French authorities to license their own vessels regardless of any objection from Jersey officials. Unsurprisingly, this provoked feelings of rancour in Jersey and resulted in overfishing of stocks. However, the treaty has now been superseded by Jersey signing up to the UK-EU trade deal and the French are understandably commiserating its loss.

“The French haven’t got their heads around the fact Jersey now has the right to manage its own fisheries,” says Don Thompson, chairman of the Jersey Fishermen’s Association.

It has put France in a position, perhaps familiar to the UK, of wanting to change a deal it signed just a few months ago. Girardin told French fishermen this week she was looking to reactivate the Granville Bay treaty, though “at present, Jersey refuses”. She continued: “It is in our interest to get ready for battle immediately. The fight has only just begun.”

Jersey officials maintain that French vessels will still be granted permits so long as they demonstrate a proven history of operating within the island’s seas. And while France argues many of its boats don’t have the necessary GPS to prove this, “Jersey is bang within its rights to do what it’s done” says one fishing expert. “Just like Britain and its shellfish exports, it was quite clear in the agreement what was going to happen. Did the French read it?”

So what happens now? Both sides stand accused of leveraging the row to bolster their political agendas – Boris Johnson using ‘gunboat diplomacy’ as a distraction from other broken fish promises, French officials looking to land political points ahead of a key election this year.

“Jersey is a storm in a teacup,” says the expert. True, perhaps, but it’s one set to rage on.

Kenyon Road Haulage in Blackburn has expanded i…

Alibaba Group has released its financial results for the first quarter of 2021, and the fiscal year ending March 31, reporting a 32% growth in revenues.