14 people are mapping Canada's path to net-zero emissions — can they do it?

Hello, Earthlings! This is our weekly newsletter on all things environmental, where we highlight trends and solutions that are moving us to a more sustainable world. (Sign up here to get it in your inbox every Thursday.) This week:

14 people are mapping Canada’s path to net-zero emissions — can they do it? 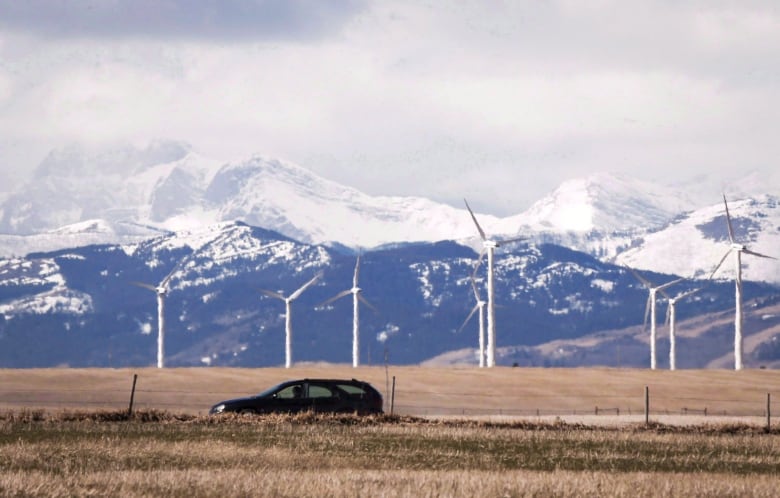 It’s a tall order, to say the least: take 14 people and ask them to figure out how Canada can meet its net-zero emissions targets by 2050. That’s the job of the new Net-Zero Advisory Body, which was established as part of Bill C-12, the Canadian Net-Zero Emissions Accountability Act.

It includes leaders from environmental organizations, the Assembly of First Nations, cleantech, finance, climate science, industry, labour and more. Some of the people on the body are Dan Wicklum, CEO of the Transition Accelerator; Catherine Abreu, executive director of Climate Action Network Canada; Assembly of First Nations Yukon regional Chief Kluane Adamek; and Hassan Yussuff, president of the Canadian Labour Congress. According to the Government of Canada website, the group “will provide advice to the government and consult with Canadians on the most efficient and effective ways to reach this goal.”

But not everyone is confident the panel can succeed. That includes Corinne Le Quere, a Canadian climate scientist and member of the U.K.’s Climate Change Committee, which has played a pivotal role in reducing Great Britain’s emissions by almost half since 1990 and now roughly three per cent a year. In an interview with CBC Radio’s What on Earth, Le Quere points out that Canada has repeatedly failed to meet its climate targets, and remains one of the few wealthy countries where emissions continue to rise.

Advisory committees are essential, she argues, because policymakers are so focused on the near term that more distant goals end up on the back burner. For example, if we want to decarbonize transport by 2030, she said, we need to immediately start producing cars differently, installing infrastructure and planning for the increased electric demand.  The problem is, Canada’s new advisory body doesn’t have those kinds of near-term targets, she said.

“It’s too slow. There are a lot of good mechanisms, but the urgency of the action is just not there,” said La Quere. What’s more, she said, the panel is too closely tied to the government.

“In order for these committees to have a real voice in society, they need to be far enough from government to not be enmeshed in the day-to-day decisions, but close enough to actually understand what can work in the Canadian policy process.” Dan Wicklum, co-chair of the Net-Zero Advisory Body, said its objectives are clear and that the transparency of the work they do will mean that Canadians can hold the government to account.  “I think what we do want is to put in place strong, independent, transparent structures that are well resourced to give the best advice possible to the government so that they can make decisions,” he said. “And we feel we’ve got that body in place.”

Andrew Gage, a staff lawyer for the organization West Coast Environmental Law, said he’s pleased with the committee but it doesn’t have the science focus he was hoping for. “Its expertise seems weighted towards economic considerations and technological innovation,” he wrote in an email to What on Earth.  As a result, the committee will need to commission external studies in order to advise the government on science-based targets, he said.

Simon Donner, the only climate scientist on the panel, said Canada’s struggle to meet its emissions targets demonstrates why this country needs an approach that differs from the model used in the U.K.  “I think if you had a panel of 12 scientists, it wouldn’t be very effective, because that panel doesn’t have any expertise on how you actually make change in the world.”  Le Quere is calling on the government and Parliament to revisit the law that sparked the advisory panel in order to “strengthen the independence of this committee, give it resources, make sure it’s there for its expertise and inject a sense of urgency in it.”

She said, “Unless you do that, we could wait another 10 years — and Canada’s track record is not very good.” — Rachel Sanders and Jennifer Van Evra

This week, we’re looking for some specific feedback on recycling. In recent years, there’s been a lot of concern about the cost of operating municipal recycling programs and talk of putting the onus on producers.

What on Earth? will be digging deeper into this topic in the coming weeks and months, but we wanted to find out from you: how has your local recycling program changed? Are packaging items that used to be accepted no longer being recycled? Let us know.

Old issues of What on Earth? are right here.

You can also subscribe to What on Earth on your favourite podcast app or hear it on demand at CBC Listen.

Around this time every year, people in Japan gear up for the blooming of “sakura,” or cherry blossoms. Seeing this stunning display in person is almost like a religious rite, and it typically occurs in April, as the country marks the beginning of a new school and business year. But the time when cherry blossoms reach peak bloom is falling earlier and earlier.

This year, in fact, might mark a new record. According to the Japan Meteorological Agency, peak bloom in Kyoto happened on March 26, the earliest since the agency started collecting such data in 1953. Other cities showed similar findings. (An environmental scientist at Osaka Prefecture University said the earliest blooms he found before 2021 were March 27 in the years 1612, 1409 and 1236, although the record-keeping going back that far isn’t complete.) One thing is becoming clearer: the cherry blossoms are telling us something about the environment.

Shunji Anbe, an official with the Japan Meteorological Agency, said the earlier blooms are “most likely because of the impact of global warming.” 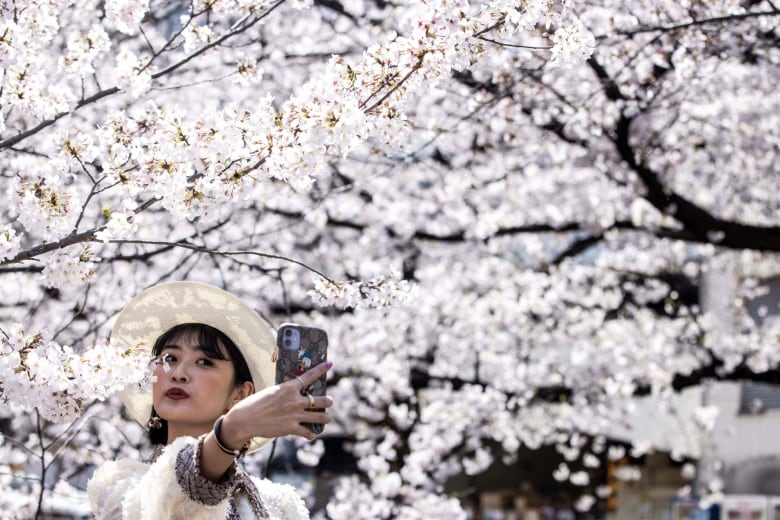 Hot and bothered: Provocative ideas from around the web

Climate change may mean we need to prepare for stronger hurricanes, report suggests 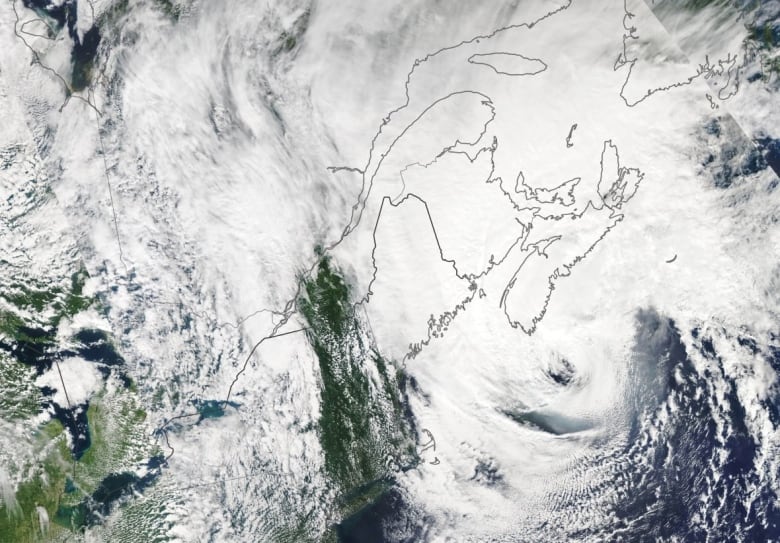 When it comes to climate change, experts say few things have been as tricky to predict as its impact on hurricanes. A new report on the ScienceBrief Review website published last week suggests many regions affected by hurricanes will likely experience storms of greater intensity as a result of Earth’s changing climate. Maximum wind speeds in hurricanes could rise five per cent if the planet warms by 2 C by 2100, the review of more than 90 peer-reviewed studies found.

Deanna Hence, an assistant professor at the University of Illinois Urbana-Champaign’s department of atmospheric sciences, said the report highlights the difficulties predicting hurricanes in a changing climate. “The biggest thing that comes across from this article is that when it comes to climate change or tropical cyclones, it’s a really complicated set of interactions and a very complicated set of possible impacts,” said Hence, who was not involved in the study. But the report nonetheless highlights a need for cities and governments — including those in Canada — to plan for a future where hurricanes might happen in places that haven’t seen them before.

“Essentially what people want to know is, if you live in a certain part of the world, will hurricanes or typhoons or tropical cyclones hurt you more,” she said. “And the answer is yes, kind of, sort of.” The report, which analyzed peer-reviewed literature, was published as part of a series on climate change issues ahead of the United Nations’ COP26 climate conference scheduled for Nov.

1-2 in Glasgow. In the U.S. and Canada, hurricanes are categorized using the Saffir-Simpson scale that classifies them from a Category 1 to a Category 5.

To put the five per cent potential rise in maximum wind speeds into perspective, a Category 3 hurricane produces sustained wind speeds ranging from 178 to 208 km/h. A Category 5 produces speeds of 252 km/h or higher. Hurricanes from Categories 3 to 5 are considered major or severe.

The impact of climate change on hurricanes has been tricky to quantify because there are many aspects to the system involved in creating and sustaining a hurricane. And it is hard to separate how much of that is caused by natural or human activity.  The report said the intensity of hurricanes will “probably” increase as a result of climate change, but it is hard to be certain because of several factors, including a lack of historical data.

Since 1979, hurricanes of Category 3 or higher have increased by roughly five per cent, but it’s difficult to say how much of a role climate change has played in this. “It’s not as clean-cut a story as we have for something like global mean temperature, where we have these clear records going back to the late 1800s,” said Tom Knutson, division leader at the National Oceanic and Atmospheric Administration’s (NOAA) Geophysical Fluid Dynamics Laboratory, who led the review. “There are lots of different ways of looking at hurricanes, lots of different metrics, lots of different regions and things like that.

But in no case, really, do we have a comparable confidence to what we have for global mean temperature.” While the intensity of hurricanes is likely to increase, it’s also important to note not all of these storms will necessarily reach inland. There are more complications with hurricanes.

Climate change is warming sea surface temperatures, which help fuel hurricanes. There is also more moisture available to produce and sustain hurricanes, which results in heavier rainfall.  In addition, research has found that hurricanes are moving towards the North and South Poles by roughly 56 kilometres, or about one degree of latitude, per decade and that they are also moving further inland.

With the increase in hurricane intensity, greater rainfall volumes and hurricanes that are moving further inland and poleward, countries including Canada may need to evaluate the potential fallout.  Hence said that it’s time for all stakeholders to start planning ahead, especially in light of aging infrastructure that may not be able to handle more precipitation, more storm surge or stronger winds. Overall, climatologists agree that more research needs to be done, and that only time will tell how people will be affected.

Are there issues you’d like us to cover? Questions you want answered? Do you just want to share a kind word?

We’d love to hear from you. Email us at [email protected]. Sign up here to get What on Earth? in your inbox every Thursday.