Suez Canal: Chaos as 100 vessels pile up after being blocked by large cargo ship turning sideways 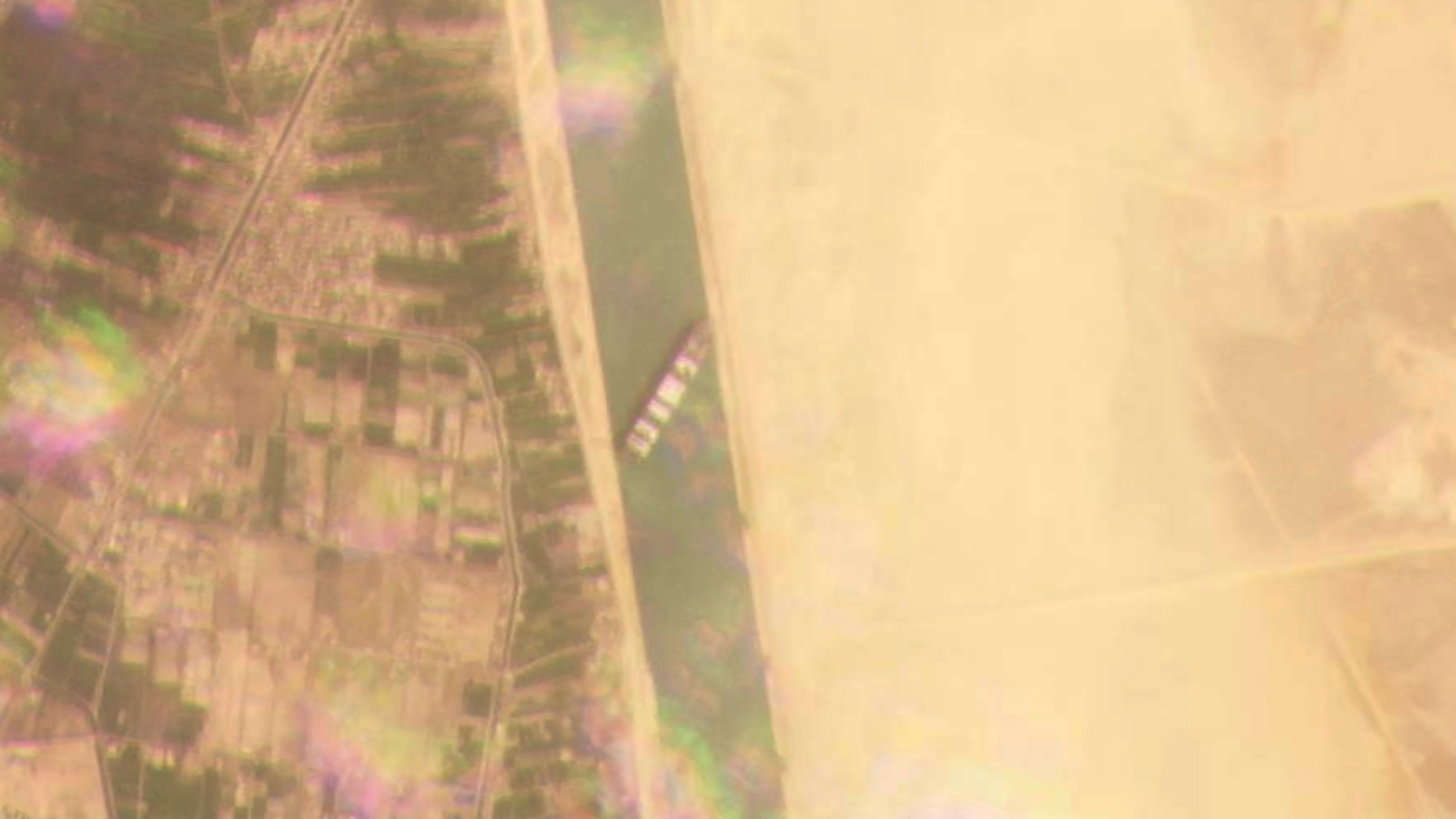 The 220,000-tonne, 400 metre-long Ever Given – a so-called “mega ship” – became stuck on the crucial East-West waterway for global shipping on Tuesday.

Traffic on the narrow waterway dividing continental Africa from the Sinai Peninsula stopped on Tuesday after the MV Ever Given, a Panama-flagged container ship with an owner listed in Japan, got stuck.

The Ever Given’s bow was touching the canal’s eastern wall, while its stern looked lodged against its western wall, according to satellite data from MarineTraffic.com.

The blockage caused a pileup of at least 100 vessels seeking to transit between the Red Sea and Mediterranean, according to ship brokers and mapping data compiled by Bloomberg.

It is not immediately clear what caused the Ever Given to turn sideways in the canal.

GAC, a global shipping and logistics company, described the Ever Given as having suffered “a blackout while transiting in a northerly direction,” without elaborating.

Evergreen Marine Corp, the Taiwan-based shipping company which operates the vessel, said the Ever Given had been overcome by strong winds as it entered the Suez Canal from the Red Sea, but none of its containers had sunk.

A Egyptian official similarly blamed a strong wind in the area for the incident.

Meteorologists said high winds and a sandstorm had plagued the area on Tuesday, with winds gusting as much as 31mph.

“All crew are safe and accounted for,” said Bernhard Schulte Shipmanagement, which manages the Ever Given.

“There have been no reports of injuries or pollution,” he added.

Egyptian officials said tugboats hope to refloat the ship, and that the operation would take at least two days.

The ship ran aground some 3.7 miles north of the southernly mouth of the canal near the city of Suez, an area of the canal that becomes a single lane.

The incident could have a major knock-on effect for global shipping moving between the Mediterranean Sea and the Red Sea, according to Salvatore R Mercogliano, a former merchant mariner and associate professor of history at North Carolina’s Campbell University.

He said: “Every day, 50 vessels on average go through that canal, so the closing of the canal means no vessels are transiting north and south.

“Every day the canal is closed … container ships and tankers are not delivering food, fuel and manufactured goods to Europe and goods are not being exported from Europe to the Far East.”

The Ever Given had listed its destination as Rotterdam in the Netherlands prior to getting stuck.

Cargo ships and oil tankers appear to be lining up at the southern end of the Suez Canal, waiting to pass through the waterway to the Mediterranean Sea, according to MarineTraffic data.

Opened in 1869, the Suez Canal provides a crucial link for oil, natural gas and cargo being shipping from East to West.

Around 10% of the world’s trade flows through the waterway and it remains one of Egypt’s top foreign currency earners.