Brexit: James O'Brien explains why the UK can't have a “Canada-style deal”

James O'Brien explained why it is impossible for the UK to have a "Canada-style deal." Michael Gove has endorsed claims that up to 50,000 people will be recruited to carry out customs paperwork under the government's preferred trade deal with the EU. This is after his promise in 2017 that a vote for Brexit would mean cutting the costs of EU red tape.

"So anybody in politics or the media who talks to you about the United Kingdom benefitting from something called a Canada-style trade deal needs to answer that question. 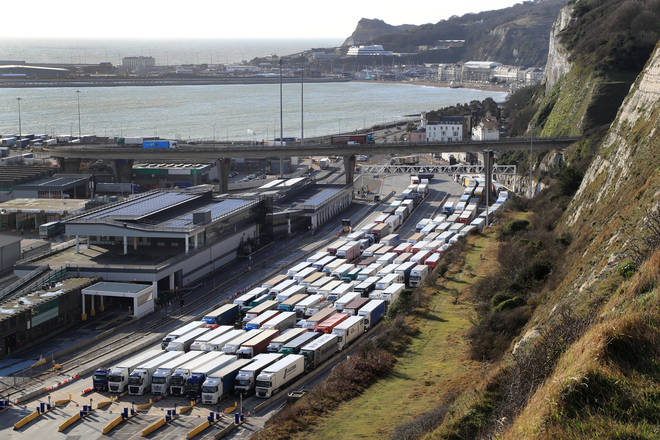 James O'Brien reflected that there are millions of trucks that pass between the UK and EY. Picture: PA

"How can we have a trade deal the same as a country who has no trucks passing across its borders in and out? How can we have the same trade deal if we've for millions of trucks doing that?" James calculated that for these 50,000 new form-fillers, it could cost the government GBP1.5 billion - this massive fee is all "because of a referendum decision designed to cut red tape.

"Even I'm struggling to find the words to describe the absurdity of the scale of this con."

James reflected, "If a Canada-style deal is something being punted that we can somehow adopt, then you need to address the question of how many trucks pass between Canada and the European Union and compare that to how many trucks pass between the UK and the European Union and then explain how having the same sort of trade deal is any way plausible or feasible."

He pointed out that an Australia-style deal is a euphemism for no deal at all - Australia does not have a trade deal with the EU, they trade through WTO regulations.